The damsel in distress is boring

Katrina Day got tired of finding blatant sexism on the casting calls she read everyday. That’s why she opened Some Lady Parts, a blog where she calls out the bullshit of an entertainment industry ridden with clichés and non-speaking female roles. She does so by posting the casting calls she finds, and by publishing testimonies by other actresses that have experienced discrimination. As soon as it opened, the blog became viral, Katrina became the focus of several pieces, and the entertainment industry began a long delayed conversation about female representations. In this interview, we talk about sexism, sexual favors, the cluelessness of white heterosexual males, and the unfair competition women are forced to be in.

Please tell me a little about yourself and your career. What moved you to become an actress? I read that you like to write and direct: what kind of stories do you like to tackle when doing that?

I’ve been acting and writing since I was 12 years old. The first thing I wrote and performed was a one-woman show about the death of Socrates. (I was a pretty serious 12 year old.) I had grape juice for hemlock, a 101 Dalmatians sheet for a toga, I went all out. I discovered that I loved telling stories and haven’t stopped since. Growing up in Central New Jersey, New York City was only about an hour-long train ride away. I was obsessed with Broadway, and always begged my parents to take me into the city. I think I’d decided to move here by the time I was thirteen. I finally got the chance to do just that when I was accepted into NYU’s Tisch School of the Arts to study drama. I moved to the city when I was 18 and haven’t looked back since.

Since graduating from NYU, I’ve been learning the ropes of the entertainment industry in NYC. I’ve worked with some wonderful new theater and film companies, tried my hand at some commercial work, recorded an audiobook, and a few of my plays and one-acts produced. I love writing and performing stories about unconventional relationships, the supernatural, and what happens when people shake off their preconceived notions about what it is to be human.

In other interviews, you have mentioned that women appear to be trained to stay quiet and ignore all the bullshit thrown at them. Why is it a widespread attitude to stay silent? Can you recall when this attitude became your way of reacting to things?

The silencing of women is a global issue that works its way into every little corner of society—including the entertainment industry. I think the specific way this issue expresses itself in my industry has a lot to do with how competitive it is. There are so many women aspiring to become actresses, and we really are pitted against each other along the way. We’re told that if we speak our minds, act “difficult”, or behave like “divas”, that there are a million other girls who can replace us in an instant. That myth of women being interchangeable is one of the most disheartening aspects of this industry.

By the time I got to acting school, I was already very much in the habit of biting my tongue instead of speaking up. That way of reacting is imposed on girls from the very start. We’re told to be nice and polite, to dress and behave in a way that isn’t “slutty”, to always be modest. But above all, we’re taught to pipe down when someone more important is speaking. I grew up in a very conservative town, and was always quick to point out injustice where I saw it, no matter how trivial. But I learned very quickly that doing so was no way to win friends. So, I stopped. For a time, at least.

Why are men so clueless about all of this?

I really don’t think it’s just men who are the problem here. In the entertainment industry and more generally, I’ve seen both men and women perpetuate sexist ideas and behavior. I do think, up until very recently, men—specifically straight white men—have never had to think about themselves as having ethnic or gender identities. The male body has always been accepted as the “neutral body”, in the arts and elsewhere. They’re not used to thinking about sexism, or guarding against it, whereas women spend their whole lives staring it down. Our senses are more finely tuned to pick up sexism because we have more experience intercepting it. But I have plenty of male friends and colleagues who are very passionately invested in addressing the problem of sexism, particularly in the entertainment industry. We need everyone, men and women, to be on board if we’re ever going to make significant changes.

Do you believe this way of thinking about the world and women affects the creativity of directors and writers? Why are there so many few good women characters?

I absolutely do think that sexist ways of thinking limit creativity and range. If some little part of you believes that women are not as fully capable of thought, feeling, and action as men, then you’re not going to be able to write real, human narratives. I do think a lot of the trouble also comes down to hasty, lazy writing. A lot of our entertainment today is disposable and shallow, pumped out at a breakneck pace just for the sake of it. It’s easier to rely on cliche and stereotype when you’re churning out media at a crazy fast speed.

Gamergate has been an example of how a portion of the male audience can react in awful ways to constructive criticism. Were you afraid of opening your blog? Has the extra exposure to your tumblr brought you any bad reactions?

I was very nervous about starting this blog, having watched other women become the targets of so much scrutiny and misplaced ire during Gamergate. I was worried about becoming a target myself, because even though my project has nothing to do with gaming, it has everything to do with feminism and representations of women. But I knew that not launching the blog would be the exact wrong way to respond to that fear. I did not want to let Gamergate intimidate and silence me. And so, I went ahead with Lady Parts anyway.

The response to my project has been overwhelmingly positive. At first, I was actually a bit surprised by how much people appreciated and praised the blog. I was really prepared for much more pushback from people in the entertainment industry, but when you think about it, the lack of disdain makes sense. I’m not calling out and shaming specific people or production companies, I’m not saying that all writers, directors, and casting personnel are evil. Anyone invested in making good work would look at the posts on Lady Parts and laugh at how inept and backwards they are. Nobody wants these shitty breakdowns to be out there. They lead to terrible, vapid work.

Since the blog has caught fire, have your intentions behind it evolved? What are your plans with it?

My intention remains the same: to get people talking about the issue of sexism in entertainment, and thinking about how we can address it on the individual level. I’m planning to publish many more “Tales from the Trenches”, first-hand accounts from other actors about their own experiences with sexism in the industry. I’m specifically interested in publishing pieces that deal with intersectional discrimination in entertainment. I may run up against sexism in my professional life, but I’m still an educated white woman, and there’s a lot of privilege wrapped up in that. I want to hear from people who are also dealing with racism, classism, homophobia—all of these prejudices that also get articulated in the industry, especially in casting.

I’m also developing a web series that will serve as a companion to the Lady Parts blog. It will be “an autobiographical web series with a wish fulfillment problem” based on my first couple of years out of school here in NYC. It will share the blog’s humorous tone, but be addressing the same very serious subjects of sexism, discrimination, and oppression. For me, a web series is the logical extension of the blog. It’s about what happens when you submit to one of these insane casting notices, what the real-life fallout is of the insidious sexism they contain.

Here in Colombia I think the problem is even worse because there are not many options if you want to pursue acting. So, basically, you have to comply to a very strict set of misogynistic rules or resign yourself to being unemployed. Some of the actresses I have worked with have told me that they have been asked sexual favors in exchange of getting a small role. Have you faced something along those lines? What would you say to young girls here and in your country that want to pursue an acting career?

Thankfully, I have never been asked for sexual favors or experienced physical assault in my professional life. But many, many actresses do. I have experienced harassment and been on the receiving end of behavior and language that made me feel unsafe in my work environment.

Acting is a physical job that requires you to be physical with other people. Unlike with most jobs, your entire body is involved in your work as an actor. It’s not as though you can impose the same set of rules and boundaries on a set or rehearsal that you can on an office setting. It’s not inherently inappropriate for a director to touch you, or speak to you about very intimate matters. It’s pretty common to be simulating sexual intimacy and violence in any given production, and therefore getting very physical with your fellow actors. But that’s why there are so many safety measures in place that need to be respected. And it’s why every actor should have her own set of values about what is and isn’t acceptable, by her own standards. What she’s comfortable with.

That’s what I would say to young girls looking to pursue acting. No one can tell you what you think, what you feel, what you’re comfortable with. Only you get to decide that. No matter how small your role is, or how inexperienced you are, you are every bit as worthy of respect as the biggest movie producer in the world. No one can stop you from telling stories, especially your own. No one has the right to silence you, even though people in power will tell you otherwise.

What are your future professional plans?

My plan is to keep on writing and acting, plain and simple. I have no idea what the longterm repercussions of this project will be, but I’m very excited to be meeting so many other likeminded creators as a result of it. I would love to become more involved in the more adventurous areas of film and TV. I think it’s so exciting that Netflix, Amazon, and Vimeo are producing their own projects these days. That kind of innovation is what we need if we’re going to revamp the industry and shake off all the old ideas and prejudices that it still harbors.

I hope to keep working on exciting new plays here in NYC, I’ve loved working on experimental productions these past couple of years. But I do hope that I have the opportunity to bring my message of inclusion to a broader audience someday. Not only as the founder of Lady Parts, but as an actor and writer in my own right as well.

2 Comments on “The damsel in distress is boring” 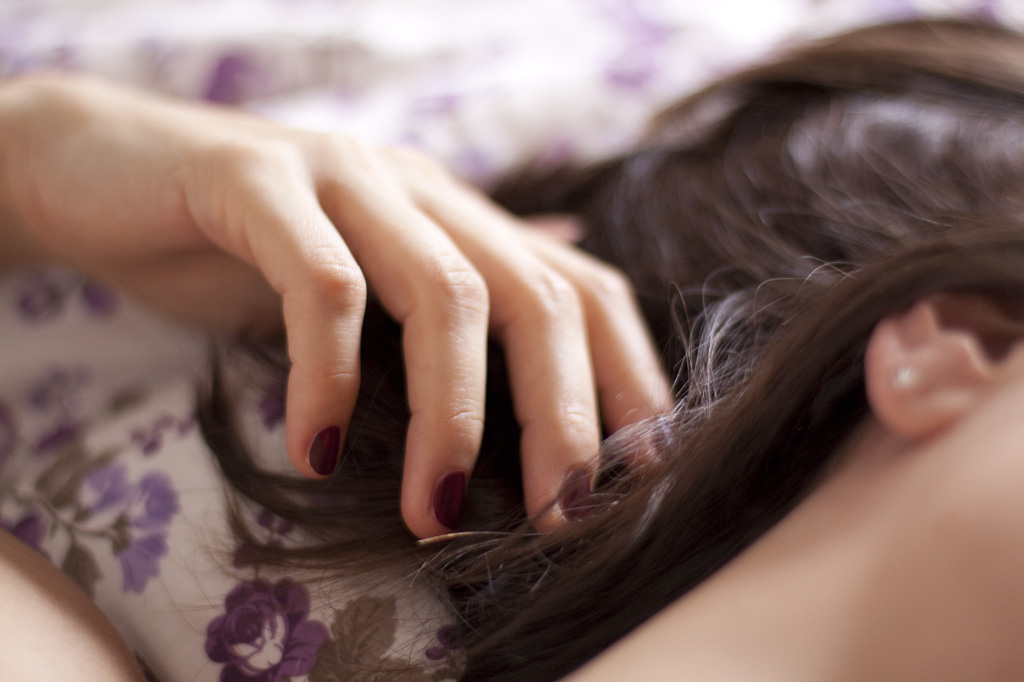